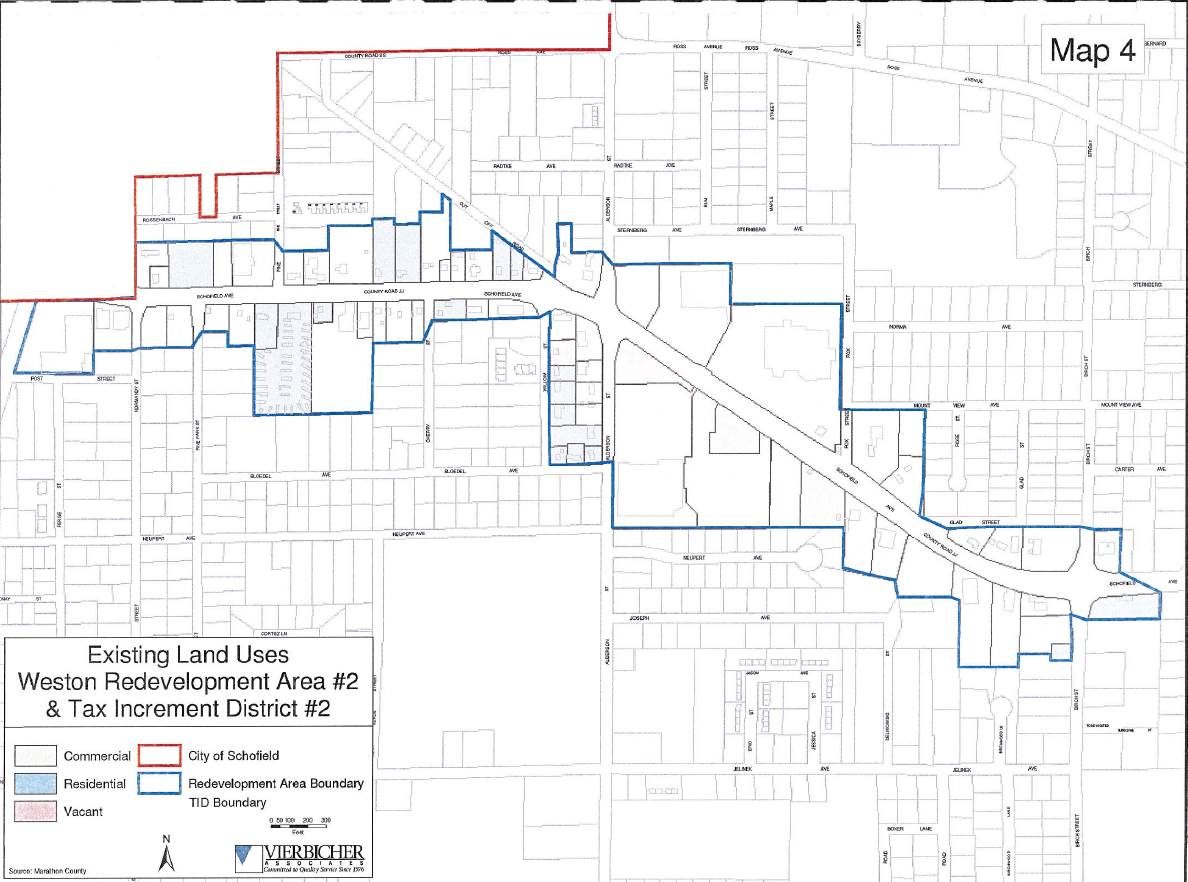 The Village established Tax Incremental District No. 2 (TID #2) in 2004 primarily to facilitate the orderly development of parts of the Schofield Avenue corridor, from Business 51 to Birch Street to grow Weston's economy. TID #2 focuses on underutilized, deteriorated, vacant, and obsolete parcels characterized in the area. As established in 2004 and amended in 2005, TID #2 included approximately 111 acres.

There has been significant focus on new development within and assisted by TID #2 since its creation.  This includes, but is not limited to, the following:

These developments signal the success of TID #2 to date.  The village has targeted additional lands in and adjacent to the original TID #2 boundary for further commercial use, economic development, and redevelopment through a complete update to the Village of Weston Comprehensive Plan.  These include the 2016 Vision and Directions volume (Volume 2), and 2016 Broadband Technology Plan.  In particular, these plans suggest village support for further infrastructure investments, incentives, and other public actions to advance development and redevelopment. Weston can close TID #2 no later than March 2031, and a TID #2 expenditure period through 2026.  As of January 1, 2018, 21.58 percent of the village’s equalized value was contained in its two TIDs.